Quote of the Week.

Between stimulus and response there is a space. In that space is our power to choose our response. In our response lies our growth and our freedom

Viktor Frankl (1905 to 1997) was an Austrian neurologist and psychiatrist. He survived the holocaust in Auschwitz and Dachau. He is regarded as one of the founders of Existential Psychotherapy and the inspiration for much of modern humanistic psychology.

In his most famous, and his first, book "Man's Search for Meaning" (1946) he emphasises the importance of seeking meaning even in the face of brutal experience. In this quote I think he is describing the means by which meaning arises - in the space between stimulus and response - where, even in an instant, we can choose our response to any situation; and thereby secure our freedom from the power of others. It is the our internal response that he is describing; and whatever power is exerted over us, this freedom is never taken from us except by death.

Even before the war Viktor was very interested in human suicide; and it is thought that at his clinic in Vienna he saved the lives of over 30,000 with his ideas about the significance of meaning-making to human beings. His holocaust experience did nothing to dampen his enthusiasm for answering the big existential questions such as 'what is the meaning of our lives'; and his answer from the grave today would most probably be, in my words not his, 'to love and be loved'.

"To gain her would be to lose the world I knew; to lose her might threaten a loss of which I so far had no knowledge".

Booker prize winning author Anita Brookner describes beautifully in this novel the impossible nature of longings, their irrationality but their limpet-like emotional grip; and once enacted, the power they have to change everything and gain nothing. I quote it here because it captures for me the dilemma of the Double Bind : you are in a room with two doors. One leads to an infinite sea in which you will drown. The other leads to an infinite desert in which you will die of thirst. Following on from last Week's quote by Rollo May, who felt that we have lost the courage to choose, the solution to the double bind is just that : to choose. Much human suffering is generated by drawn-out ambivalence in the face of an unavoidable choice, especially one which we have to freely make, where there is no coercion from others or from an institution. Psychotherapy cannot make the choice for you; but it can help you work through what is really happening inside you in the double bind. Longings can feel so real! And yet can be based on unfinished childhood experiences which lead to repetitive painful choices that inhibit satisfactory present time pleasure and satisfaction. 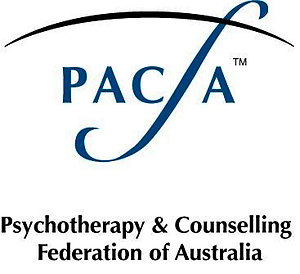 "No human being can stand the perpetually numbing experience of his own powerlessness".

For Rollo May, writing as an Existential Psychotherapist, violence was the product of personal powerlessness. He argued that, even in the 60's, we had lost touch with what it means to really love; and that we no longer exercised will because we had become too scared to make choices. He asserted that out of the deep inner powerlessness that follows it is a small step to violence because "no human being can stand the perpetually numbing experience of his own powerlessness".

©2022 Psychotherapy Melbourne is powered by WebHealer
Cookies are set by this site. To decline them or find out more visit our cookie page